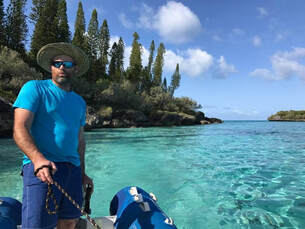 Jim has a strong background in recreational craft, growing up on Moreton Bay boating, fishing and camping most weekends.
Jim studied at the Australian Maritime College as soon as he could leave school, living on campus at Beauty Point Tasmania.
At age 18, Jim joined the Royal Australian Navy and specialised in Marine Electrical and served 9 years on various Anzac class frigates.
In 2006, Jim began his own company Odyssey Marine Electrical, from his passion of marine and electrical. Odyssey started with work fitting out vessels for Perry Catamarans, Lightwave Catamarans, Swagman Motorhomes and service work within South East Queensland.
When not working, which is rare, Jim can be found fishing at his favourite shipwreck trying to catch a mulloway for dinner or up at Moreton Bay with his family. 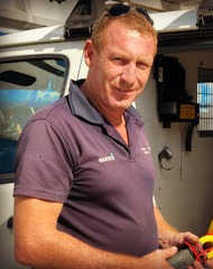 Ray has over thirty years experience in the electrical industry, twenty years specialising in marine. He is a strong family man and proud father of two, which he enjoys going fishing and boating with. Ray has been with Odyssey for 14 years and was instrumental in developing Odyssey Marine's Service department, in which he is Manager. Ray is well known within Odyssey and the marine industry for his ability to fault find and solve marine electrical issues. 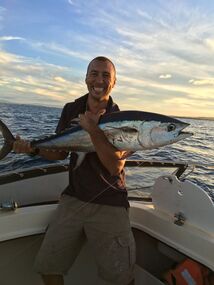 Ron Jenkins
Ron has twenty years experience in the marine industry and has been with Odyssey for ten of those years. He loves improving other peoples vessels and gets real satisfaction from a happy client. He is the proud father of one and loves boating, fishing and camping with his family. Odyssey is proud to have Ron on board, Ron is known for his hard work and friendly approachable nature. 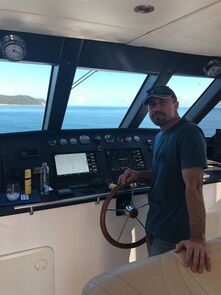 Dion Parker
Dion is a family man with two teenage daughters, who has chosen to make the Gold Coast his home. Dion originated from
South Africa where he obtained a higher Diploma in Electronics. Since moving to Australia over 15 years ago, he has
completed qualifications as an Electrical Mechanic and holds a Queensland Electrical Licence. Dion's experience includes-
R & D, manufacturing and service across a number of industries including automotive, mining and now marine.
Dion enjoys spending time with the family, on the water or at the beach and four wheel driving off the beaten track.
Dion is essential part of the Odyssey team, known for his extensive engineering knowledge and his easy going personality. 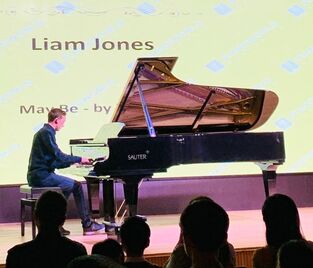 Liam Jones
Liam knows boats, he has lived on one for most of his childhood.
Liam is a dedicated member of the community, volunteering his time at the Animal Welfare League.
When Liam isn't working for Odyssey, he enjoys spending time with his cat and playing the piano.
Liam is a valued member of Odyssey, known for his attention to detail. 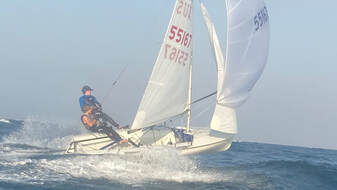 Oscar Gray
Oscar has grown up on the Gold Coast with a keen interest in boats from a young age, which started the idea he wanted to work within the marine industry. When Oscar isn't working he still spends his time on boats, fishing and enjoying the beach. Oscar has spent the last five years as competitive sailor, even competing at a national level. Oscar is known at Odyssey for his willingness to work hard, learn and improve his skills and knowledge of marine electrics. He is proud to be part of the Odyssey team and looks forward to pursuing his career with us.

Anthony Djurovitch
Anthony has grown up on the Gold Coast and has always enjoyed being on the water, which sparked his passion for working in the marine industry. Anthony is a qualified Marine Mechanic and now he looking forward to building his career as a Marine Electrician with Odyssey. In Anthony's spare time he likes to go out boating, surfing, camping and 4 wheel driving. Anthony is known within Odyssey for his eagerness to extend his knowledge in the marine electrical sector.